All of them are located at the SW end of the small valley excavated by the Bolintxu river, which collects the waters from the Pastorekorta mount and foothills of the Pagasarri, draining them to the NE, since it is a  Nervión-Ibaizábal tributary. The area has a very abrupt relief, with important slopes that in geological terms is located on sheet 61-IV (Basauri) of the Geological Cartography of the Basque Country (EVE).

The obtained materials correspond to the urgonian limestones (Aptiense Medio), rich in lamelibranquio molluscs (rudists) fossils and corals. As underlying materials (Lower Aptian age) fine-grained sandstones and calcareous limolites have been identified at the South and West of the exploitation. Stratigraphically above the quarry limestones, there is another lithological set (Upper Aptian age) of detrital character with chaltites and calcareous limolites, massive sandstones and calcareous gaps, which emerge at the North of the quarry.

This area has a temperate climate, corresponding to the category "Oceanic – Cbf" of mild summer (the average temperature of the warmest month does not reach 22 °C but exceeds 10 °C for four or more months a year) within the climate classification of Köppen and Geiger.

The areas in active exploitation landscape configuration shows a low diversity, with respect to the surrounding area, due to the limitations that extractive tasks represent for ecosystems. However, this apparent landscape diversity lack is replaced by the great potential of the generated habitats, because their ability to house great importance ecological niches. Likewise, these environments can offer opportunities for an interesting variety of species adapted to rock environments, and once the colonization occurs, could end up providing ecosystem services of great value, such as soil support, reduction of wind erosion, control of non-native vegetation colonization, etc.

Roughly speaking, these are the main characteristics of the plant formations around the cement factory:

The configuration and density of the different plant formations make the fauna observation and monitoring more complex than in other more open or less forested farms. The main groups present on the grounds of the factory and its farms are:

The cement factory and its quarries have a Biodiversity Management Plan since a few years, sampling, monitoring and modelling of specific habitats aimed at improving the ecological connectivity of the company owned lands with the habitats around.
Simultaneously with the works at the fronts, restoration projects are going on in certain points of the quarries. 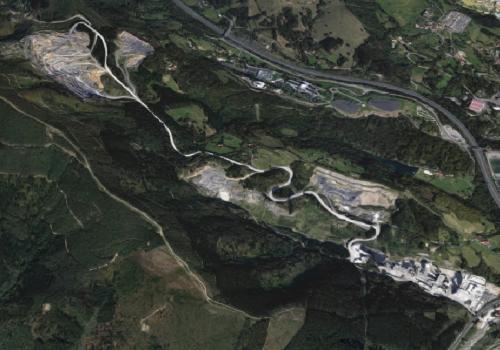 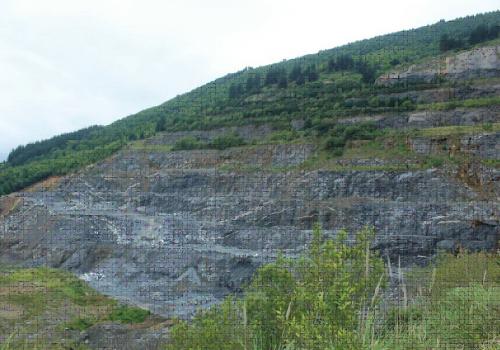 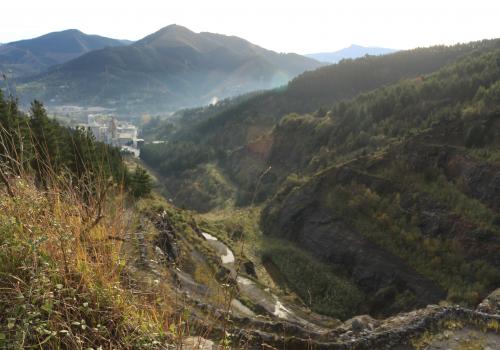 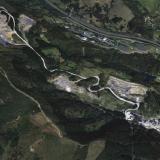 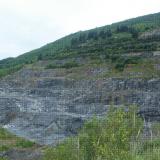 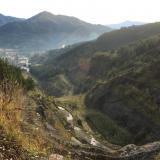 The project will develop a tool to understand future scenarios of climate change in the current vegetation around the Rezola quarry in Arrigorriaga based on the most recent cartographic and remote sensing information found in public, free and open-access information repositories. All this will be materialized by 2D and 3D visualizations. The study will analyze the distribution of species as well as their life cycle status in order to plan future substitution of forest stands. The results will be enriched with maps of habitats of community interest (HCI), distribution of protected species and the most relevant ecosystem services in the study area, which, validated with field information,... Voir l'ensemble du projet 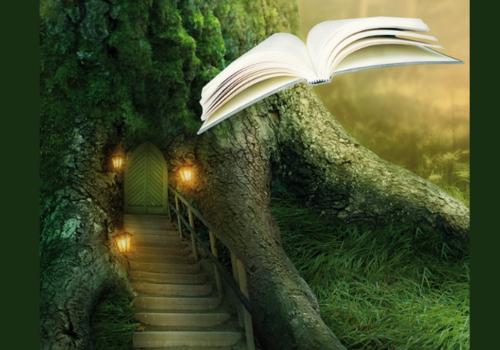 "Biodiversity stories" will offer a tool for environmental communication and dissemination through photography and literature to publicize the biodiversity of the ecosystem where the Arrigorriaga exploitation is framed. Under the literary creation of micro-stories that narrate the most significant biological aspects of the fauna and botanical species of greater ecological sensitivity, selected after an in situ investigation and collected in a high-quality image bank. The result will be communicable to the entire teaching community (students, teachers, families, etc.) of the interested educational centers through an itinerant exhibition hardware. This exhibition material that connects art... Voir l'ensemble du projet 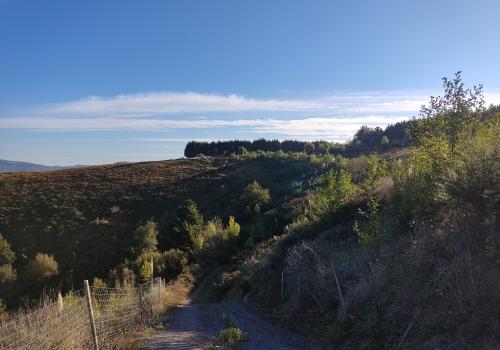 Ecotourist potential of a quarry

Ekobideak Koop, Elk.Txikia is a Bizkaia cooperative dedicated to Geotourism and Environmental education. Over the last 5 years, they have carried out a series of initiatives in different regions of Bizkaia and Guipuzkoa,  in the Urdaibai Biosphere Reserve and in the Uribe region being noteworthy and well recognized, especially within the Flysch Bizkaia.Thus, we observe an opportunity to value, both from an educational and geological point of view, linked to the culture of a quarry, the development of a series of itineraries to value different areas of it, through:• Development of itineraries on a regular basis.• Discovery of the operation of a quarry.• Learning about the extraction of... Voir l'ensemble du projet

Birds, due to their ease of observation, behave as an excellent bioindicator of the processes of changes in land uses, in addition to the increasing attention received by the possible decreases in populations of terrestrial birds - mainly passerines and similar groups - makes immediate development necessary. of methodologies and specific programs for the monitoring of their populations in this type of anthropized environments. Active quarries can act as an effective resource to check the behavior of birds and more particularly the absorption capacity of reproductive elements in areas of influence of these Mining Centers. Mining operations are divided into numerous heterogeneous spaces,... Voir l'ensemble du projet

Amphibians are the most threatened group of vertebrates on the Earth, due in part to habitat destruction and fragmentation. This is the case of abandoned quarries, which cause devastating effects in the landscape. However, due to the impermeability of the substrate, quarries could function as opportunities to ensure the connectivity of amphibian populations, but this is little studied. This knowledge could be essential to better understand the biology of the species, to manage future exploitations and to implement appropriate compensation measures after material extraction. Therefore, our study will focus on the role of abandoned quarries as important nodes in the landscape connectivity of... Voir l'ensemble du projet