The Saskhori quarry is located to the west of the same-named village (see figure 1) and approximately 12.5 km to the southeast of Kaspi (see Fig. 1). To the north of the extraction site the river Kura meanders. The surroundings are characterized by pastures, steppes, arable land and scrublands and woodland in different stages.

The coordinates in Universal Transverse Mercator (UTM: WGS84) are 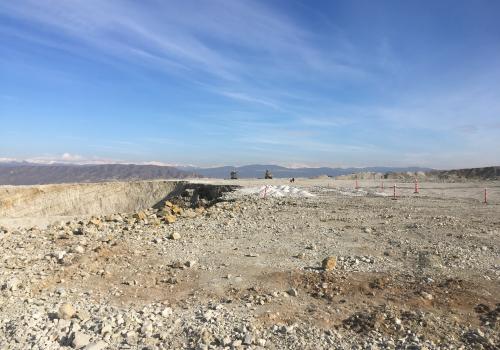 A Transquarry Bike park will be planned and arranged in and around Sakhori quarry, where limestone extraction works have been completed or are being carried out (on the recommendation of specialists). The park will attract cyclists, cycling enthusiasts and extreme sports enthusiasts from different regions. The Trialeti Range with its terrain and quarry area soil opens up an arena of excellent opportunities for project implementation. A dendrological park with recreational load will be arranged along the racing trails. During expeditions (both sports and amateur), the local community will be able to engage in commercial activities (local dishes, guides to nearby park sights, mobilize family... Voir l'ensemble du projet 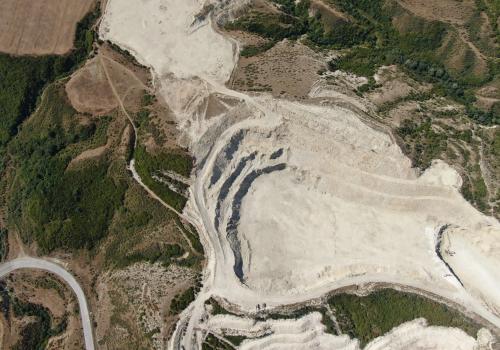 HeidelbergCement carries out its multifaceted activities in many countries in many directions, it not only obtains natural raw materials for various quarries, but also implements projects in the field of biodiversity research, conservation and sustainable development.The main goal of our project is to create an in-situ biodiversity conservation plot in the quarry area, which envisages biodiversity management and sustainable development; This refers to ex-situ and in-situ conservation work in order to maintain growing plant species. Work to be carried out includes field (during the flowering and fruiting phase of the plant), laboratory and horticultural work.The objectives of the project are... Voir l'ensemble du projet

Biodiversity of the soil dwelling invertebrates will be studied as in natural, so in degraded habitats of Saskhori Quarry and adjacent territories for the first time; Annotated lists of springtails, mites, spiders, false scorpions, harvestmen, myriapods, isopods, beetles and ants will be compiled; New species for Science will be described and the first recorded species for the Caucasus and Georgia will be revealed; Ecological indicator and dominant species will be detected; By comparison, faunistic and ecological analyzes will be carried out as in virgin, so in different level degraded habitats in quarry and adjacent riparian forest and agroecosystems (almond tree plantations); Pupils of... Voir l'ensemble du projet