“An umbrella species or screen species designates, in ecology, a species whose extent of territory allows the protection of a large number of other species if it is protected.”

In more general terms, it is a species whose protection of itself and its environment allows the maintenance of other species likely to use the same type of environment. Thus, the destruction of this habitat and thus threatening the survival of the umbrella species is, by a domino effect, threatening the other species which depend on the actions carried out within the framework of the protection of the target species.

In our case, the management carried out by the islets to promote the presence of Mediterranean Gulls (Ichthyaetus melanocephalus), Black-headed Gulls (Chroicocephalus ridibundus) and Common Terns (Sterna hirundo) has made it possible to promote the presence and protection of other species such as the Northern Lapwing (Vanellus vanellus), seen nesting on one of the islets, and the Red-crested Pochard (Netta rufina), nesting at Champmorin. 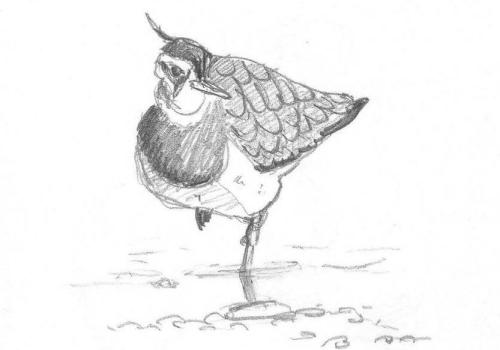