The dragonfly is a flying insect whose larva is aquatic. In the larval state as in the adult state, it is a ferocious predator for many invertebrates.

Among the dragonflies that can be observed on these ponds, one of them surprises us with its bright color: the Scarlet dragonfly (Crocothemis erythraea). This dragonfly is recognizable by its bright red color (especially in the males, the females being rather yellow), but also by the shape of its body and the clearly visible orange spots on the base of the lower wings. The Scarlet Crocothemis is a common species that can be seen almost everywhere in France. It occupies a wide range of stagnant and slowly flowing water habitats. 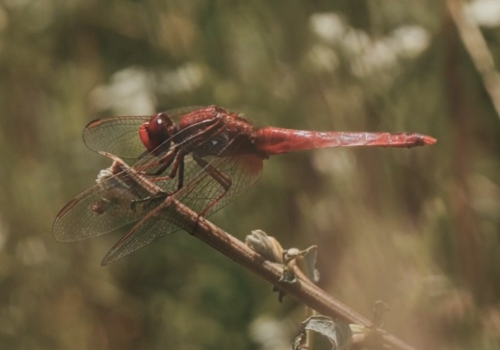