In the spring, the islets are home to colonies of gulls made up of the black-headed gull (Chroicocephalus ridibundus) and the Mediterranean gull (Ichthyaetus melanocephalus), accompanied, to a lesser extent, by the common tern (Sterna hirundo). In Île-de-France, the vast majority of populations of these species favor the sandy islands of old sandpits for nesting. There is therefore a major conservation issue for these species on the sites but globally on all the quarries in Île-de-France.

To nest, these birds need bare ground (or almost), clear of all vegetation. The natural dynamics of revegetation and closure of environments therefore pose a problem for these populations.

This is why the ANVL organizes voluntary nature workcamps every year in order to maintain an environment and vegetation favorable to the nesting of these species, in particular by exposing the islets. 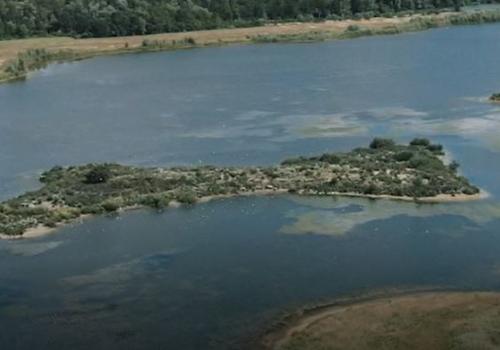