Besides the well-known snails, one can meet in the Loen quarry other snails that are not rare.

For instance, the Cartusian snail (Monacha cartusiana) lives everywhere and is rather heat-bearing. You can see the colours of its body through the translucent shell (this is not the only one).

Talking about heats standing snails, we have found everywhere in the Loen quarry two similar species : the Neglected Dune snail (Cernuella neglecta) and the Heath Snail (Helicella itala). Both don't fear the heat and are often found on herbs, their aperture closed by an "epiphragm", a film of mucus, with the aim to keep the humidity in the shell when the snail has withdrawn into it. One criterion to distinguish between the two species is the position of the aperture with respect to the umbilicus (the hole in the base): near means Cernuella, more distant mean Helicella.

The Incarnate Snail (Monachoides incarnatus) is called in French the "wood's monk". It lives mainly in the wet forest areas and is widespread. You can find it typically on the dead branches or under the pieces of bark.

The very wet hidden places are the best to observe the two common Glass snails : the Cellar Glass Snail (Oxychilus cellarius) and the wider Draparnaud's Snail (Oxychilus draparnaudi). Their transparent shell let the see their grey to blue body.
Related to them, but not transparent, the Smooth Glass Snail (Aegopinella nitidula) lives in the wet forests, near the Incarnate Snail and the Clausilids. 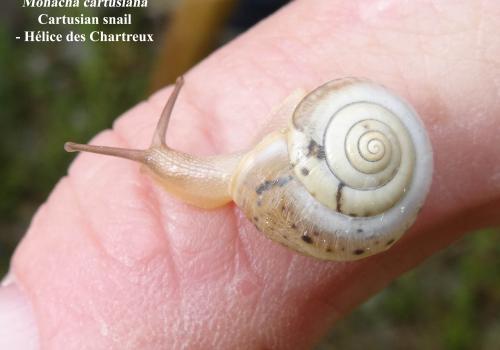 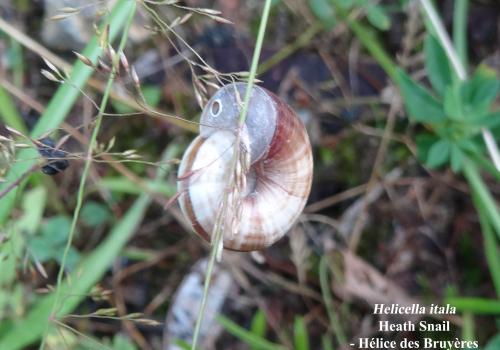 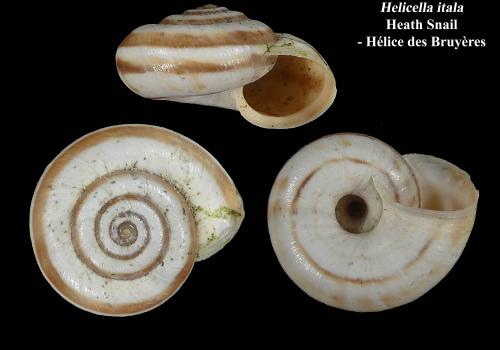 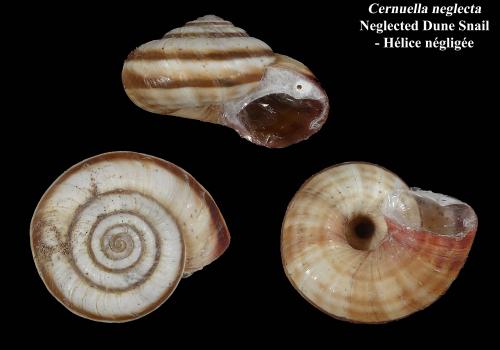 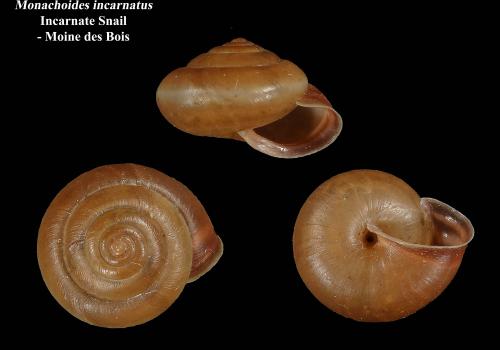 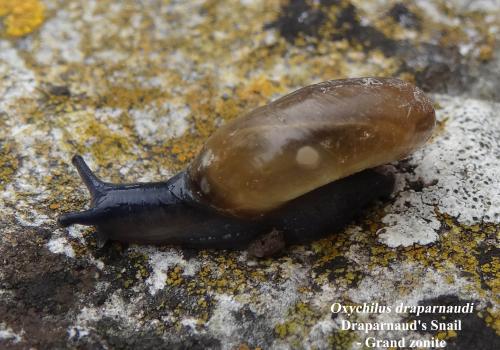 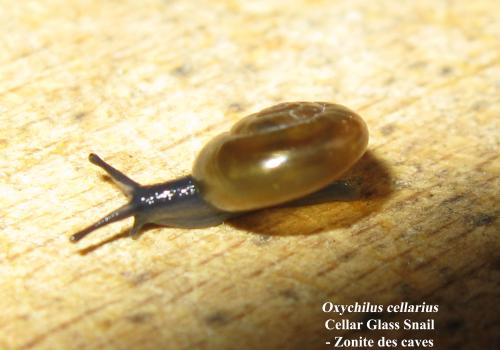 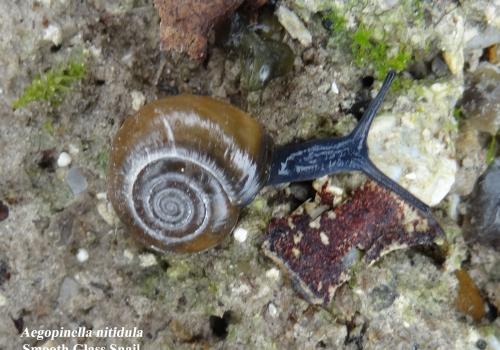 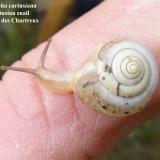 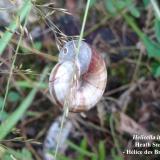 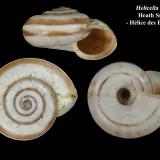 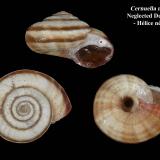 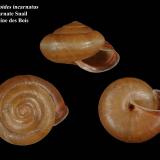 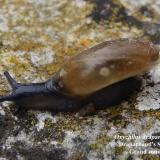 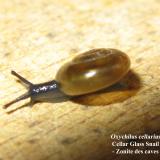 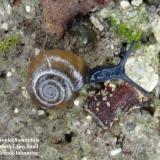 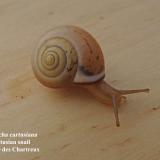